Advocacy 101: How to Create an Effective Government Relations Coalition

Advocacy 101: How to Create an Effective Government Relations Coalition

Part two of a three-part series

In the first blog in this three-blog series, we discussed the importance of advocacy with both federal and state governments as a key benefit your organization provides members. We looked at ways to quickly build an outreach program that taps the resources you have in place. Now let’s turn our attention to strategy number two.

When you’re trying to get someone’s attention, it’s more effective to yell than whisper. That’s the strategy behind the second way associations can make an impact with government relations: build a coalition of like-minded organizations.

After getting your own advocacy efforts underway with an outreach program, take a look around to see what other groups share your position(s) on the current issues affecting your industry. Then reach out to see if they are ready to combine forces.

It’s a great way to amplify your impact with key legislators, especially if your organization doesn’t have a lot of resources to put behind advocacy efforts.

Turn up the volume

Coalitions may seem like a no-brainer, but it’s an often-overlooked strategy, mostly because the logistics can seem overwhelming. In reality, with a little bit of upfront coordination, it’s a fairly easy way to intensify the impact of the work you’re already doing for your own outreach efforts. Many voices are always louder than one.

Think about it from the perspective of the legislators you’re trying to influence. While they may be receptive to your phone calls, letters and emails, the impact will be much greater when they hear from six or seven other groups echoing the same messages about upcoming legislation or policy decisions.

The math works the other way, too. When you’re trying to maintain relationships with a few hundred legislators, your odds of success are much better when you can spread the work out to divide and conquer.

Coalitions don’t necessarily require a long-term commitment. For example, if there is a single issue on the docket that could impact your industry, quickly organize a band of organizations that can work together in guerilla fashion. Meetings will likely be ad hoc and frequent to manage evolving circumstances.

When the issue is settled, the coalition can disband (hopefully after a celebratory get-together!).

Other coalitions may last many years and cover a variety of issues. More permanent coalitions can require a bit more work to keep everyone on track.

Ask each participating group to assign a representative who attends monthly conference calls and is responsible for assigned action items.

You’ll want to set some ground rules, who moderates the meetings and who is ultimately responsible for following up on all those action items. Set an agreement to elect new coalition managers on an annual basis so your ideas stay fresh and no one gets burned-out.

There will likely be times when your organization doesn’t agree with the stated opinion of the coalition. That’s OK. Simply ask that your group’s name is removed from any of the coalition’s outreach efforts and pursue your own lobbying efforts.

Speaking of lobbying, it’s critical that members of the coalition are upfront about outside lobbyists they have engaged. Transparency about government relations efforts from all participants goes a long way in building a foundation of trust among peers.

It’s important to help legislators and administrators understand the impact their decisions may have on your industry. But, be careful not to waste their time.

As always, it’s important to evaluate your coalition outreach program on a quarterly basis to measure its effectiveness and to plan ahead for the coming months.

Members count on your association to advocate for their best interests. Need help kick-starting your government outreach? Frontline has years of experience planning effective advocacy outreach. Give us a call and we’ll help you hit the ground running.

Mitigating Impacts of COVID-19 on Associations

Make Your Voice Heard in Board Meetings

Speak Up in Meetings—Your Association Needs You

Build Up a Board That’s Ready for Anything 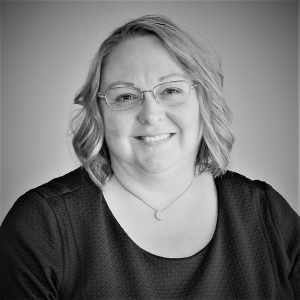 Jill Gordon serves as a finance and data specialist at FrontlineCo and works to streamline data management, operations and processes to ensure FrontlineCo’s clients are running at maximum efficiency. Gordon has decades of experience both in data management and in customer service most recently from her past role as patient service specialist at Memorial Physician Services. Additionally, Gordon’s past experience leading key initiatives from conferences to trainings at Illinois Emergency Management Agency has contributed operational expertise to FrontlineCo’s team. She graduated with a Master of Public Administration at University of Illinois at Springfield in 2002 and a Bachelor of Arts, Political Science and Economics in 1993.